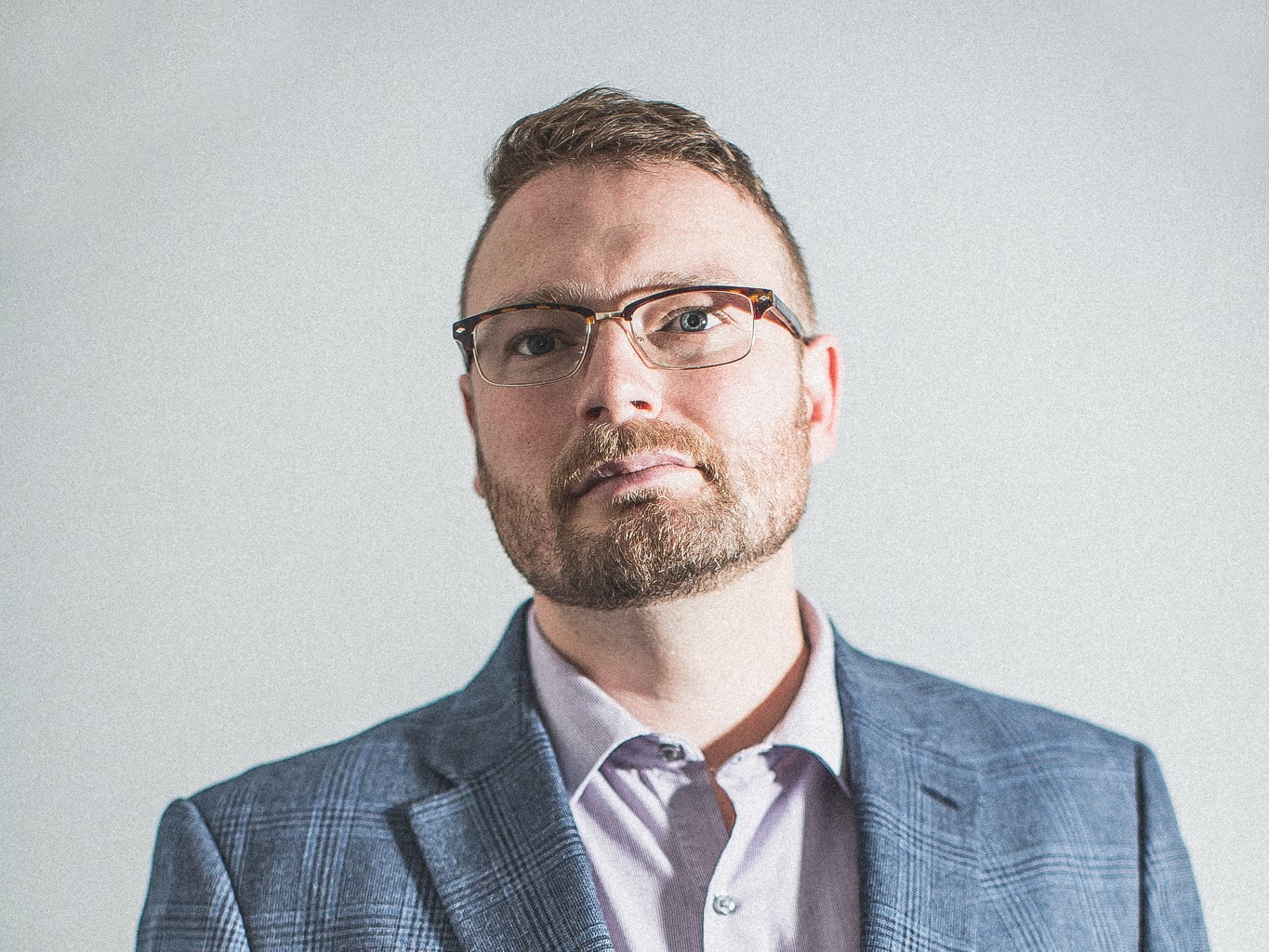 The music of Curtis Rumrill explores the intersection of literary form and modern chamber music. His works with writer, naturalist and visual artist Zachary Webber tell darkly comic stories of animals in desperate or violent predicaments. He is also the composer of instrumental chamber music with and without electronics, works for tape, and studio compositions (multi-track fixed media works composed on acoustic instruments played primarily by himself).

In May 2019 Kamratōn, Quince Contemporary Vocal Ensemble and Shana Simmons Dance will premiere his new opera, Her Holiness, The Winter Dog. In September 2017 NAT 28 premiered Domestic Beasts of Vinland Char for soprano and eleven instrumentalists. In October 2017 Kamratōn premiered In this Styrofoam Room for soprano and chamber ensemble. Ensemble Dal Niente featured his piece The Parasite, and Her Sister on their 2015 tour of Latin America. Quince Contemporary Vocal Ensemble premiered in 2016 and will take on tour his recently completed concert-length work, The Passion of the Wilt-Mold Mothers, and will give it a studio recording. His music has been premiered and performed by, among others, Tony Arnold, Thomas Rosenkranz, Aiyun Huang, Jordan Dodson, Kenneth Meyer, the Syracuse University Contemporary Music Ensemble, Lisa Cella and Juna Winston. Alia Musica has treated both Sex Poem for Lightbulb by Beetle and Rover to studio recordings.

In 2013 he co-founded MusicArte Panama, a bi-annual new music festival in Panama City, Panama. He is also Board Chair of Alia Musica, a Pittsburgh based New Music ensemble and presenting organization. Since 2011 he has been the web designer for soundSCAPE Festival in Italy and is in the process of designing a website for Frederic Rzewski.

Aside from his work in New Music, Rumrill is a committed activist for social justice. This work, a constant over the last decade and a half, has taken many forms: housing, racial justice, activist legal defense, anti-sweatshop and labor organizing.